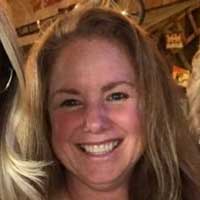 Terri James started competing in the Highland Games in 1999 after winning a national powerlifting title and seeing her husband compete in the games. After 4 years of traveling up and down the East Coast and introducing womens classes to many games attained a #1 ranking in the open womens class and had the honor of being selected to the co-ed North Team(North/South Challenge Cup) 2 times.

Upon turning 40 she was invited to the first womens MWC in Sprigfield,Illinois where sho won her first MWC. She would repeat 2004,and 2005 before taking a 11 year hiatus from MWC's. She still competed all across North America returning to MWC in 2016 where she won her 4th Title . Terri has competed in a staggering 226 highland games to date and has won over 216 games.As of writing she holds all 8 55+ World records as well as 1 WR in 45-49 class,and 3 in the 40-44 class. Terri is still active and presently coaches up and coming throwers in the New England Area